Oppo are not kidding when they say they will unveil the 10x optical camera technology to the world. It will happen this January, on the 16th , in China.

According to sources, this new tech camera will be able to zoom into an image 10 times and you will not be lost in the pixels of it. The image quality is 100% guaranteed since it has the hybrid optical zoom technology.

Yet, these features may never see the light of day unless there is a factual proof. Besides, there are some sayings about Oppo being famous for promisng phone details that are not true at all.

The event will open with the slogan “Ten times the view, see you soon” and now we are only left to wait and see what will happen.

Strange Tech Things That Stole The Show At CES 2019

SpaceX founder and CEO Elon Musk with his announced SpaceX’s Starlink satellites are top theme for discussion to all people around the World.

Back in January 2015 he explain that the company intend to launch about 4,000 broadband satellites to low Earth orbit. He want to provide low-cost internet service to people around the world.

SpaceX’s Starlink satellites on the sky are happening right now. It’s not the stars in sky it is Satellites ….

SpaceX now has permission from the U.S. Federal Communications Commission.

They plan to loft about 12,000 Starlink crafts on the sky. The company has applied to an international radio-frequency regulator for approval of up to 30,000 additional satellites.

200 Starlink craft are already circling Earth. And one of the 60 spacecraft that launched on Monday sported a special coating designed to reduce its brightness. If everything goes well, and the coating doesn’t seriously affect the satellite’s performance, this mitigation measure could eventually become widespread across the Starlink fleet.

You better check out the best laptops of CES 2019, cause they ain`t a joke. Believe it or not, but personal computers (PCs), are definitely coming back. This was evident at CES 2019 and now everybody is thrilled to try out the “future” of PCs.

Many PC creators attended the CES 2019 and they included manufacturers like Asus, Acer, HP, Huawei, Lenovo, and LG.

For sure, one of CES`s favorite laptops is the Asus ZenBook S13. Why favorite?! Mostly due to its amazing screen-to-body ration and 2,5 mm of the display. On the other hand, this PC has the latest 8th generation Intel Core quad-core processor. At the CES show, Asus displayed ROG (Republic of Gamers), a gaming desktop computer with a 17-inch display.

LG Gram 17: Light as a feather, despite the size

LG also stole the night. Interestingly enough, but now LG has two new Gram laptops. They are the LG Gram 2-in-1 notebook – 14 inches and the light LG Gram – 17 inches. But, let the thin profile of the 17,3 inches not fool you.  It has the latest 8th generation processor and offers 19 hours of operation.

For just under a $1,000, Huawei MateBook 13 is by far the best price-performance PC for 2019. However, there are many other features that can capture the eye of customers. First and foremost, MateBook 13 is incredibly thin and light. Secondly, it has amazing performance, despite the poor battery of 3-4 hours. 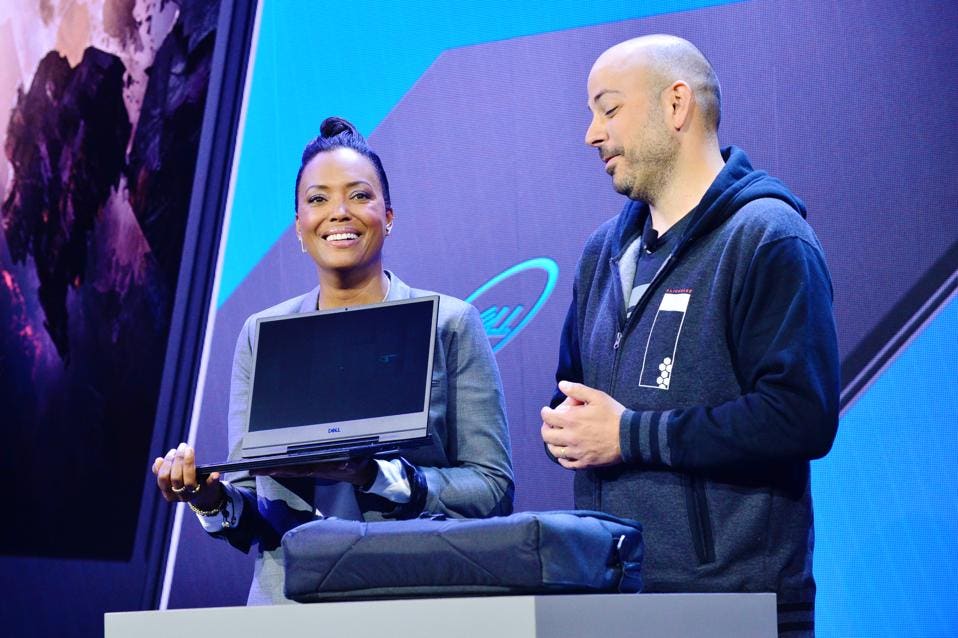 Surprisingly, OLED laptops are still out there and they are killing it. Two versions of their already existing laptops have been announced, the 13,3-inch Spectre x360, and the 15-inch Yoga C730.

But then, why so much fuss over these two laptops?! It is probably because of the most important tech leaps for the PC industry and that is the support for Dolby Atmos audio.

Apple Pay Accepted By The Top 100 US Merchants

Apple Pay Accepted by the Top 100 US Merchants, More Than 74 Retailers Love It

Apple Pay is accepted by most of the Top 100 US merchants and that number is only going upwards. The reason behind that is that Apple Pay offers customers the payment of their dreams.

This kind of payment allows you to make payments as your credit or debit card would. Supermarkets like Target, Taco Bell, Hy-Vee, and Speedway stores are now part of Apple Pay and they love it. Happy customers, happy stores. Indeed, this payment system network gets bigger and bigger as we speak. Apple Pay becomes the most popular mobile contactless payment system ever. It is an easy, convenient and secure way to pay, using your iPhone and Apple watch.

“Whether customers are buying everyday household items, groceries, snacks for a road trip or grabbing a quick meal, Apple Pay is the easiest way to pay in stores, while also being secure and faster using a credit a debit card at the register”.

One of Apple Pay`s perks is that in near future it will be available in all 1,850 locations across the USA. In addition, customers can use this way of payment at more than 245 Hy-Vee stores, more than 7,000 Taco Bell.

Bailey says, “Its such a thrill to us that more customers will be able to pay at their favorite stores and restaurants. They can use their Apple devices that are always with them”.

Ultimately, the goal of Apple Pay is to be No.1 payment method in the world.

Keep up the good work Apple, you are on the right track!

Top 5 Most Luxurious Yachts in Miami

Singer-Songwriter Pink Will Get a Hollywood Walk Of Fame Star

8 Things Celebs Do That Make Us Envious

Top 10 Models Who Are Changing The Fashion Industry

Blac Chyna Gets A Police Call For Child Neglect